A thorough examination of the audio recording of the court hearing allowed to reveal the grounds for further cancellation of the decision issued by the court of first instance.

The procedural law of Russia has established a rule on observance of secrecy of judge’s conference. When issuing a resolution on the case the meeting is held in a separate room designated for such purposes and only among the judges taking part in the consideration of the case. Any violation of such rule will be served as a ground for cancellation and/or alteration of the resolution passed by the court of first instance. In practice, however, it happens extremely rarely when this ground is used for cancellation of court decisions since it seems very complicated to establish and then prove a fact of breach of secrecy of judge’s conference.

This allowed the lawyers of PRESIDENT CONSULT to add certain new evidence to the case of our client confirming its position which played a crucial role when issuing a decision under the case in his favour. In the event the case was continued to be considered in accordance with the rules of the second instance, it would be rather complicated to provide new evidence to the case.

Within the process of divorce, the step-father attempted to claim back the monetary funds from his stepdaughter which had been earlier deposited by him to her bank card as a support for purchase of an apartment. These funds have been further qualified by the step-father as an unjustifiable enrichment. The stepdaughter addressed the company PRESIDENT CONSULT seeking the protection of her rights following the fact that the court of first instance passed a resolution not in her favour.

The complexity of the case was caused by the fact that by that moment the court practice was not in favour of our client. In accordance with the court resolutions, the monetary funds transferred to the bank account of the physical person by another physical person shall be recognized as an unjustifiable enrichment of the recipient of money and may be demanded by the sender of such funds via court, save for the cases when the basis for transfer of funds is duly testified. The burden of proof that the grounds for receiving of monetary funds existed indeed in such cases is imposed on the defendant.

In order to protect the interests of our client we were supposed to prove the fact that the step-father had gifted the monetary funds although this fact was denied by him. The gift agreement between the step-father and step-daughter has not been signed, and the testimonial witness made by the mother of our client was not taken in consideration by the court of first instance.

By virtue of deep and personal examination of the case, we were able to focus the attention of the appeal court on actual circumstances of the life of our client in the family of her mother and step-father which had not been taken into consideration by the court of first instance and which were subject to investigation when passing a resolution on the case. We succeeded in convincing the court of second instance that the fact of gift took place indeed, and that the gift agreement is missing namely due to the fact that the relations among the family members were based on trust and that the monetary funds were transferred as support in purchasing of an apartment. And, initially, there were no obligations pertaining to return of the monetary means in question. Moreover, the step-father had never advanced any claims on repayment of the money during quite a lengthy period of time as of the date of the money transfer. These claims emerged only following the divorce with the mother of our client.

The court of the second instance has examined the actual circumstances of life of our client in her mother’s family and has taken the witness evidence of her mother into consideration as well. Based on the entire scope of evidence submitted for review, the court, including but not limited to the investigation of the formal side of the issue, came to conclusion that the assistance rendered to our client by her step-father and mother was of an in-gratis character.

The court of second instance accepted the position of our client and refused to satisfy the claims advanced by her step-father. Currently the court resolution has come into force. 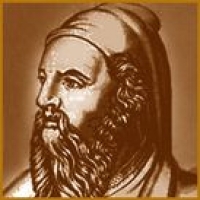