This firm was representing the interests of the seller of the major Russian market within the sphere of advertising. A major strategic investor acted as a buyer. 50% of the share package was at stake. The transaction became more difficult due to the fact that the indicated package of shares belonged to the former business partner of the client willing to withdraw from business. Thus, the transaction consisted of two parts – purchase of shares from the withdrawing shareholders along with a simultaneous sale to a strategic investor. The issue on simultaneous character of the transactions was the key issue since the shares of the withdrawing shareholders were to be paid by the strategic investor and not by the client.

Another element complicating the transaction was a disunity of a share capital – the client and the withdrawing shareholders owned the companies without any clear/distinct structure, i.e. some of the companies were owned by physical persons, some – by companies in foreign jurisdictions and some – via authorized representatives. Such shareholding structure left absolutely no possibility for a simultaneous settlement under the transaction.

In order to eliminate all indicated restrictions within half a year period the specialists of PRESIDENT CONSULT have conducted significant scope of work on creation of a united holding controlling all business companies owned by the client and the withdrawing shareholders on pari passu basis.

The parent company is registered in the foreign jurisdiction both for the purposes of the transaction which was carried out in accordance with the English law and for implementation of all arrangements between the parties of the transaction some of which could not have been fulfilled under the Russian Law.

The entire transaction, as of the moment of beginning of the negotiations and until its closing date, took 10 months. Within the process of this transaction the lawyers of PRESIDENT CONSULT have used their multiyear professional experience as well knack of co-operation with foreign consultants, registration agents in foreign jurisdictions, Russian notaries and interpreters. Moreover, we have guaranteed a successful completion of an intricate chain of negotiations on terms of the transaction with the lawyers of the strategic investor. 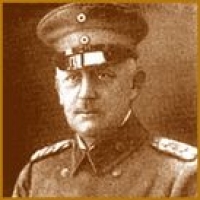 First weight the considerations, then take the risks.Helmut von Moltke