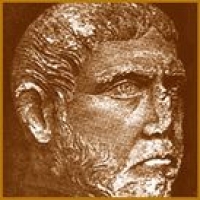 In order to appreciate what you have, imagine you lost it.Plutarch