One production company, a long-standing client of our firm, has entered into the products supply agreement with a counter-agent in Ufa on the terms of delay of payments. The seller has fulfilled its obligations in full scope however the purchaser has never paid for the products. The comapny has drafted and filed a claim to the Arbitration Court of the city of Saint-Petersburg and Leningrad region seeking debt recovery and payment of forfeit. Following the submission of claim it became obvious that a defendant had initiated a voluntary liquidation procedure. The company addressed PRESIDENT CONSULT with an assistance request. We have immediately forwarded a claim to the liquidator as well as to the registration authority – Interregional Inspection of the Financial Tax Service of Russia – containing a request not to carry out any liquidation actions because of the debts towards our client. Notwithstanding these duly taken measures, the liquidation was completed and corresponding amendments were inserted into the United State Register of Legal Entities. The liquidator submitted an application to the Arbitration Court of the city of Saint-Petersburg and Leningrad region on termination of proceedings on debt recovery in favour of our client due to the liquidation of the defendant and this application was satisfied.

Having thoroughly perused all circumstances of the liquidation organization, the lawyers of PRESIDENT CONSULT have filed a claim to the Arbitration Court of the Bashkortostan Republic seeking that the resolution taken by the registration authority by recognized as invalid. The court proceeding in the court of first instance lasted longer than 5 months and as a result our lawyers have succeeded in convincing the court that the actions of the registration authority were illegal. A decision to liquidate a company was recognized as invalid. The appellation court has also agreed with our arguments.

Upon receipt of an appellation court ruling, an application on a revision of resolution on debt recovery from company in favour of our client due to the new circumstances of the case (Chapter 37 of the Arbitration Procedure Code) was drafted and submitted to the Arbitration Court of Saint-Petersburg and Leningrad region. The defendant has undertaken actions to procrastinate this process, but, however, the court was convinced that there were no grounds for such procrastination. As a result the demands of our client in full scope have been satisfied by court in full scope. 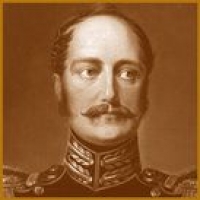 In Russia noble is the person with whom I speak and while I speak with him.Nicolay I